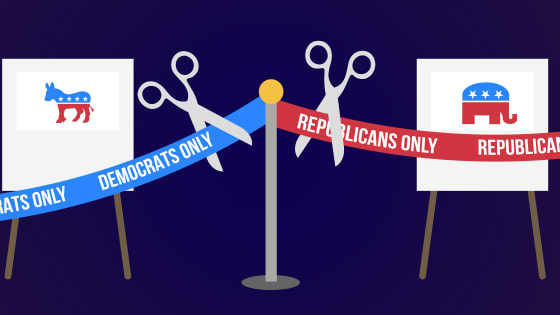 Open Primaries, Should You Vote Yes or No?

Is Florida’s closed primary system a hindrance to voter  participation in the primaries in Florida? Florida averages only 23% vote in primaries as compared to a national average of 37%.

Voter registration polls indicated that over 3.4 million No Party Affiliation Voters and Minor Party voters were being excluded from voting in primaries.  The vast majority of the NPA voters were millennials.  Will open primaries increase voter participation by providing access to a broadest slate of candidates and all voters? Come hear the types of open primaries, the provisions of the 2020 open primary ballot amendment and the pros and cons.

Our speaker, Michele Levy, chaired the statewide study on Open Primaries and is on the Board of Directors of the League of Women Voters of Florida.

Michelle served as co-president of the Orange County League for three years and as co-chair of the Government Committee for six years. She has worked the polls for the League since the historic election of 2008, and became interested in Open Primaries. Come hear an expert on the subject!