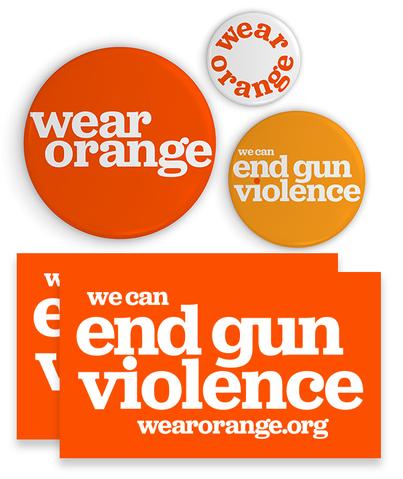 On January 29, 2013, a week after she had taken part in Barack Obama’s second inaugural parade, Hadiya Pendleton was shot and killed in Chicago at the age of 15. In response to this tragedy, her friends wore orange and encouraged others to also do so, in an effort to raise awareness about gun violence and to fight for a future that is free of it. They first displayed their orange colors on June 2, 2015, on what would have been Hadiya’s 18th birthday. National Gun Violence Awareness Day was born.

National Gun Violence Day, a nationwide movement that shows collective power, honors the lives lost on account of gun violence and those wounded by it. After it got its start, orange became the color associated with the wider movement fighting for gun violence prevention. This was fitting, as Erica Ford’s organization Life Camp, Inc. had previously been behind making orange a color of peace. Although the day was originally observed on the birthday of Hadiya Pendleton, it is now held on the first Friday of June. The weekend is known as Wear Orange Weekend. Everytown for Gun Safety sponsors the day, as do other community organizations.